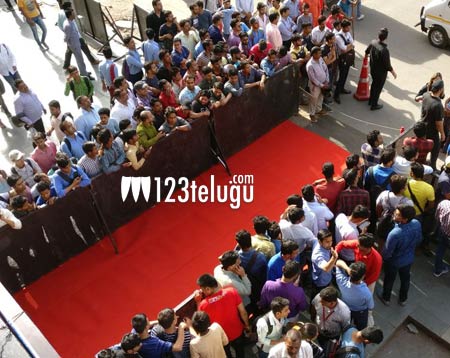 The brand Baahubali is becoming huge day after day. Today, the people in Delhi will get to see the launch of the novel ‘The Rise of Shivagami’ which will be specially attended by Rajamouli and his team.

The event will be held in some time from now and huge crowds have thronged the INOX theater in Delhi to catch the glimpse of Rajamouli and his technical team. This clearly shows the craze for the film all over the country.

Ever since the first part broke several records, the film has become the talk of the town all over. The sequel is set for a release this 28th of April.