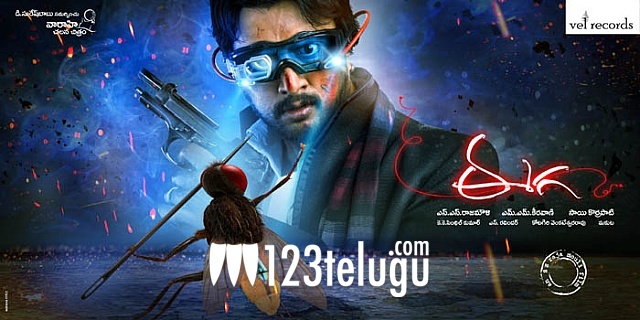 The stunning response for S S Rajamouli’s Eega from all corners of the country has made Rajamouli quite popular even in Bollywood. Buzz is that before the film’s release, the satellite rights of Eega’s Hindi version was being quoted for Rs 5 crores; however, the phenomenal response for the film changed the whole equation. The latest news is that several media houses are competing with each other to bag the satellite rights and the price has skyrocketed. Surprisingly, the producers Suresh Babu and Sai Korrapati have reportedly decided to not sell the satellite rights anytime soon. The film is going to be converted to 3D and the Hindi version will hit the screens in December this year. Nani, Samantha and Sudeep had played the lead roles in this film. M M Keeravani composed the music. The film’s Tamil version, Naan Ee too got a stunning response in Tamil Nadu. It remains to be seen how much the film collects in the long run.