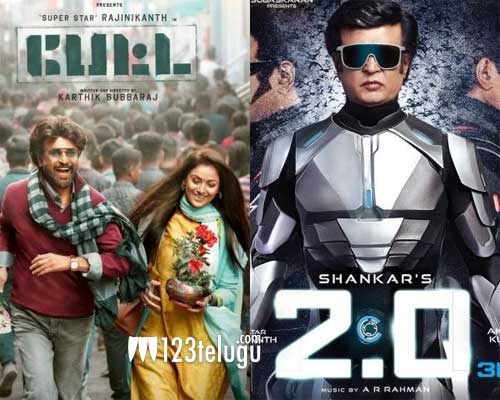 Super Star Rajinikanth’s sci-fi thriller, 2.0, released on November 29 and performed moderately at the box-offices across the twin Telugu states. But since the film was sold for around a whopping Rs 70 crores, the Telugu buyers are staring at losses.

And now, all eyes are on the stalwart actor’s Sankranthi release, Petta. According to the latest updates, Petta’s Telugu version Peta’s theatrical rights have been acquired by distributor Ashok Vallabhaneni for Rs 14 crores. This is undoubtedly a paltry amount for a Rajinikanth-starrer.

Since Peta is releasing amid a huge competition from NTR Kathanayakudu, VVR and F2, its final box-office performance remains to be seen. Peta is hitting theaters on January 10 along with its Tamil version.