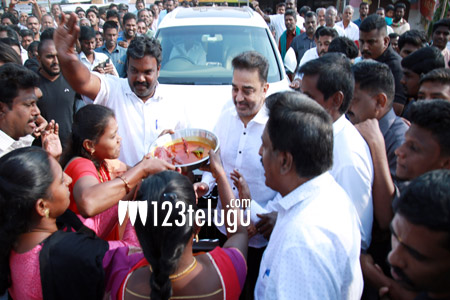 Less than three weeks after he launched his new political party, Kamal Haasan seems to have garnered people’s interest on an unprecedented scale. The actor started his political journey from Ramanthapuram, and finally addressed a big rally in Madurai, where he opened up about his political plans.

And recently, the actor travelled to Erode and surrounding areas in Tamil Nadu to meet people from all walks of life. He also paid a visit to the ancestral home of Periyar in Erode, and later addressed the media. “There are some rumours that my party is being funded by Christian missionaries. I would like to clarify that it is completely false and misleading,” he said.

Meanwhile, all eyes are on the trailer of Vishwaroopam 2 which will see Kamal Haasan return as a secret agent. The actor is also expected to join the shoot of Indian 2, to be directed by Shankar, at a later point of time this year.