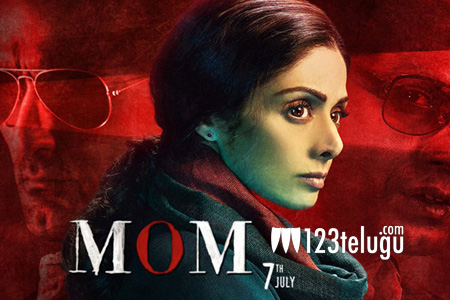 Yesteryear star diva Sridevi is making her silver screen comeback after 5 long years with an intense emotional thriller titled MOM. The film is having a humongous release today, the day when Sridevi gave her first shot as a child artiste nearly 5 decades ago.

Sridevi is a star heroine with a pan-Indian fanbase. To cash in on her craze, the makers are releasing the movie in a whopping 1,806 screens across the world. This is by far the biggest ever release for a senior heroine.

In overseas, MOM is releasing in 456 screens. Considering the positive buzz after the early premieres, MOM is expected to collect huge in its opening weekend. Produced by Sridevi’s husband Boney Kapoor, MOM is directed by Ravi Udyawar.