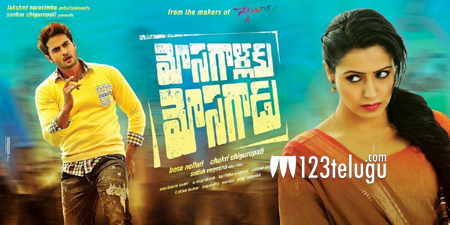 Nandini, the Hyderabad born actress who will soon be seen in Sudheer Babu’s Mosagallaku Mosagadu, has grabbed a yet another lucrative project. The actress has been roped in for a Thai film. The shooting of this film will commence in August and the actress is currently taking Thai lessons to prepare for her role.

After making her Telugu debut with Neelakantha’s psychological thriller Maaya, Nandini made a smashing debut in Kannada with the remake of Nithiin’s Gundejaari Gallanthayyinde. The actress is currently shooting for her debut Tamil film Grahanam, which is being produced by leading production house PVP Cinema.

Nandini is hoping that Mosagallaku Mosagadu will pave a successful path to her career in Telugu films. The film is all set to release on 22nd May.