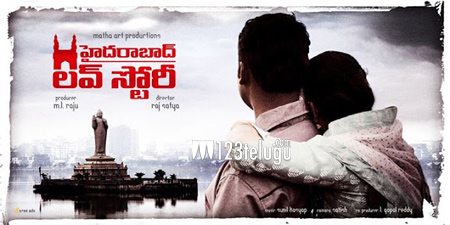 Rahul Ravindran, who made his debut with Andhala Rakshasi, will soon be seen in yet another triangular love story titled ‘Hyderabad Love Story’. Raj Satya is directing the film and S N Reddy is producing it under SNR Films India Pvt Ltd banner. The film’s talkie portion is almost complete and three more songs are yet to be shot.

Talking about the film, Raj Satya said, “The film is based on a real story which happened in Hyderabad couple of years ago. It’s a realistic love story with good emotions.” Reshmi Menon, who played one of the lead roles in the Tamil version of Happy Days, is playing the lead role and Jiya is the other actress. Sunil Kashyap has scored the music.

After Andhala Rakshasi, Rahul was next seen in Pelli Pusthakam and Nenem..Chinnapillana?; however, neither of those two films made any mark at the box-office. Now, he’s coming up with two more projects. Apart from ‘Hyderabad Love Story’, he’ll also be seen in a film titled ‘Ala Ila’. More details about this film will be revealed soon.