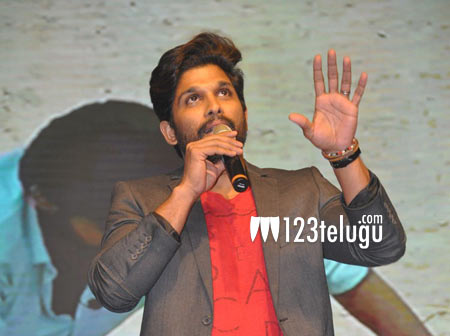 Stylish Star Allu Arjun spoke frankly and freely at the audio launch of ‘Oka Manasu’, starring Naga Shourya and Niharika Konidela. Bunny was recently in the news for making the ‘Cheppanu Brother’ statement, when fans asked him to talk about Pawan Kalyan.

The issue became a bit of a minor controversy and Allu Arjun remained silent about it. But at today’s audio launch, Bunny decided to open up and explain about his statement. “I did it on behalf of all Mega heroes. I love Pawan Kalyan very much and I am a big fan. But functions are being disturbed by some fans with unnecessary behaviour. To let them know that it was unacceptable, I did it”, he said.

The audio launch was attended by all young Mega heroes including Ram Charan, Varun Tej and Sai Dharam Tej.