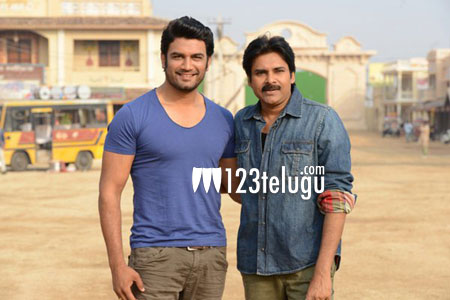 In his latest interview to a media house, Sharad was all praise for Pawan Kalyan and says that he is a student in Pawan’s institution. The actor said that Pawan would always support him whenever he wanted to try out a scene in his own way. Sharad also termed Pawan’s creative mind as his biggest asset.

Calling Pawan a ‘sweetheart’, Sharad described his experience about acting with Pawan Kalyan as ‘a dream come true’. Sardaar Gabbar Singh is slated to hit the screens on April 8.