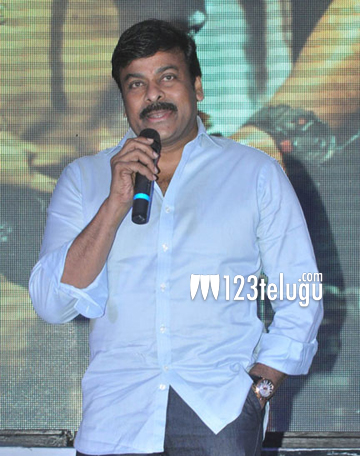 Megastar Chiranjeevi was the chief guest at the audio launch event of his son Ram Charan’s upcoming action entertainer, Bruce Lee, that took place last night. Speaking on the occasion, Chiru thrilled his fans saying, “just like you all, even I am excited to see myself on screen after 8 long years.”

Chiru further said that he was quite relieved when he saw himself on the monitor while shooting for his cameo. Megastar specially congratulated the film’s cinematographer Manoj Paramahamsa for beautifully capturing him and the entire cast.

Chiru then heaped praises on the film’s cast and crew members for working very hard under strenuous conditions to see the film make it to the 16th October release as announced long back.