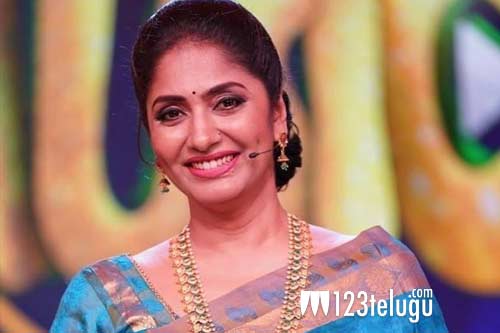 Jhansi is a top anchor in Telugu and has been around for a long time now in Telugu television. She married a Telugu actor but her marriage did not last and now she is divorced and is living with her daughter happily.

Jhansi came to a TV show and talked about her marriage openly. Jhansi said that she had a troubled marriage and went through a lot emotionally. As her ex-husband is also from the industry, so much was written about her in a bad way in the last few years.

Jhansi says that she has stopped paying heed to such rumors and is happily leading a single life. She is also playing some beautiful roles in films these days and says her career is shaping up quite nicely as an actress.