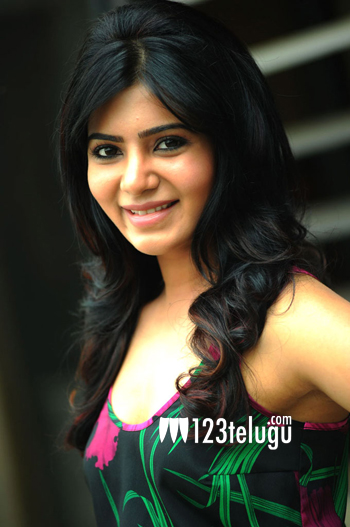 Generally, actresses who become popular and successful down south tend to eye Bollywood for their next step. The increased exposure to glamour as well as greater global recognition, plus lot more money etc. are big attractions.

But Samantha is one actress who is very content with her success and career in South Cinema. She says that Bollywood is not something that she is desperate to try and enter. The actress was quoted by a newspaper as saying this. “I am happy with Telugu and Tamil films. I have good offers in hand, with good directors who are writing roles specially for me. I have my fans here. I don’t need to leave all this and go to Bollywood to prove something. If it happens, it will happen naturally”, she was quoted as saying.

Samantha is now busy with the shooting of Allu Arjun’s new film in Trivikram’s direction.