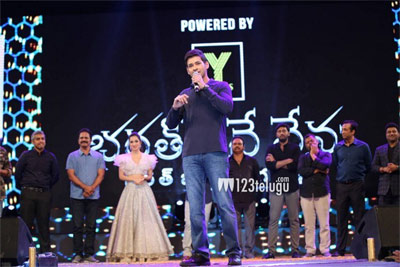 It was a memorable night yesterday for the fans of Superstar Mahesh Babu. Nearly 50,000 fans thronged the LB Stadium for the Bharat Bahiranga Sabha, the pre-release event of Mahesh’s soon-to-release political thriller Bharat Ane Nenu.

Mahesh took to Twitter just a while ago and thanked all his fans for attending the event in large numbers. The Superstar said that whatever he is only because of his fans. He further vowed to make all his fans proud with Bharat Ane Nenu.