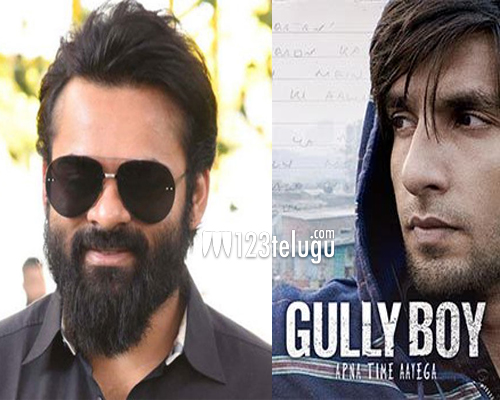 From the past few weeks, there have been rumors that Sai Dharam Tej will be doing the remake of the hit Hindi film Gully Boy. Reports said that Geetha Arts have bought the rights and will be making it in Telugu.

When asked about the same, Tej said that he hasn’t watched Gully Boy yet and is not doing the remake. Tej is busy promoting his latest film Chitralahari which will release this Friday.

If the film clicks at the box office, the mega hero’s career will take a new turn.