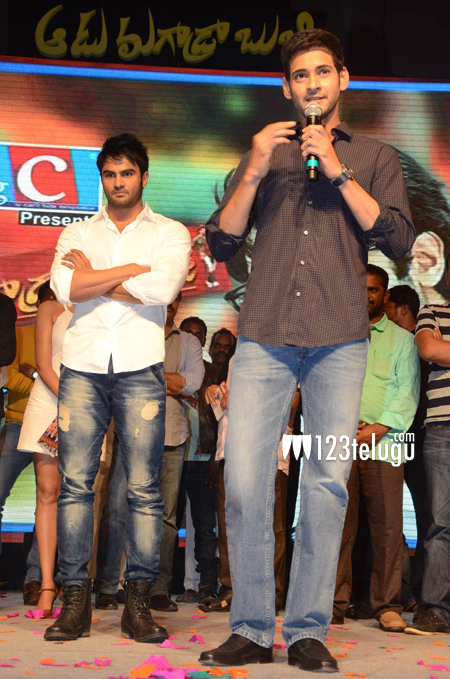 Sudheer Babu is the brother-in-law of Superstar Mahesh Babu. The upcoming actor scored a good hit with ‘Prema Katha Chitram’ and he is all set to be seen in a new film titled ‘Aadu Magadu Ra Bujji’.

The audio album of this movie was launched yesterday evening and Mahesh Babu attended the event as the Chief Guest. Speaking at the event, Mahesh Babu expressed his happiness about the way in which Sudheer has been building his film career.

“I have not done anything for Sudheer with respect to his film career, except to come for audio functions. I am very proud of Sudheer as he has been building his career on his own. I hope that AMRB becomes a big hit just like Prema Katha Chitram. As for my film, 1 – Nenokkadine will hit the screens of January 10th 2014”, said Mahesh Babu.