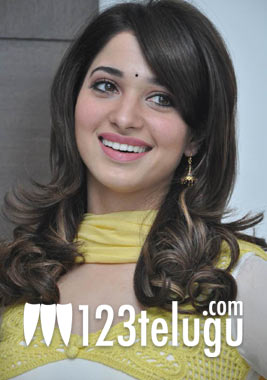 “I like when I am surrounded by people, but I also consider loneliness as a blessing. It gives me the time and space to think about my life,” Tamannaah said in a recent interview. She has been one of the busiest actresses in Telugu cinema for the past two years. Although 2012 was a mixed bag for her, the actress is not deterred by the failures. Sharing her views, she said, “I am aware of my strengths and weaknesses. Whenever I’m alone, I think about where all I had committed mistakes. It gives me a lot more clarity about what I should avoid doing.” Currently, she has only one Telugu film, the Telugu remake of Vettai in which she’s paired up with Naga Chaitanya, to her credit. However, it’s going to be a big year ahead for her as she’s gearing up for her first big project in Bollywood – Himmatwala. Apart from these two films, she’ll soon begin shooting for Ajith’s upcoming Tamil film in Souryam Siva’s direction.