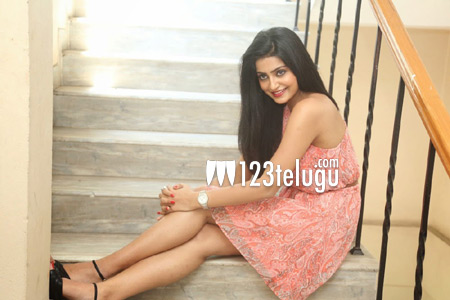 Born in Delhi, the tall and pretty Avantika bagged a chance to work in Neelakanta’s Maya. It is her maiden film and the actor says, “It is creatively satisfying for me because we don’t really get such elaborate role of substance that too in the first movie. I found it really challenging. When people watch the film, they will understand it, working on the sets was like be in an acting school. I was nervous from the beginning and then I got the hang of it..towards the end I knew how to look into the camera, the expressions et al. It is a bumpy ride for all eventually.” Avantika says she has a long way to go and there is so much to learn but she is sure of improvising her performance with every film. Neelakanta’s script she says is original and fresh and he had incorporated romance, a mix of everything and there will be comedy going on too. The toughest scene she cites is and was shot before the new year eve. “I shot for two days on the eve of new year and it took a toll in my health. I have never pushed myself to such a level and it was an action scene in the end. I didn’t know I was capable of doing so much.”