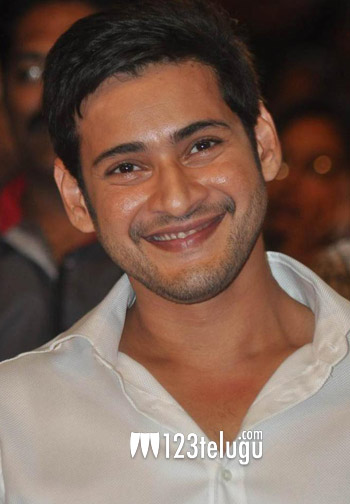 Mahesh Babu has added yet another national brand in his list of endorsements. He’s going to be the new brand ambassador of TVS motorbikes and in an event held yesterday in Hyderabad, he said, “It’s my privilege to be associated with a brand like TVS which has a history of 100 years. I’m looking forward to a long term association with them.” Later, answering several questions posed by the media, he said, “I have to believe in the brand and it’s philosophy. Only then, I go ahead and sign endorsement deals.

” When he was asked if he’s aiming to be the no 1 position in Telugu cinema, which has been vacant since Chiranjeevi joined politics, Mahesh Babu said, “I have never looked it that way. Honestly, I don’t believe in number game. I just hope every film does well. There are several youngsters who are doing a great job in the industry and the competition is quite high, but apart from that, I never think about being number one in the industry.” He also stated that he’s quite excited about his upcoming film 1, which is being directed by Sukumar. “The film’s title is quite apt for the story and there’s no other intention behind it. You’ll know when you watch the film.” The film will soon be shot in London. Kriti Sanon is the lead actress and 14 Reels Entertainment banner is producing the film. Devi Sri Prasad is scoring the music.