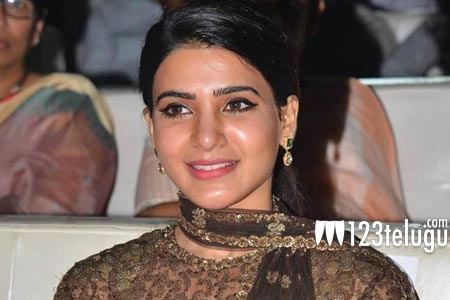 Samantha is on a roll these days. While her recent performance in Rangasthalam earned her rave reviews, the actress is awaiting the response for her performance in Mahanati in which she played a journalist. Incidentally, the actress revealed that marriage hasn’t changed or affected her choice of films at all.

“It’s a wrong notion that people won’t come to see a film if the actress is already married,” Samantha said in a recent interview. Even Sukumar addressed the same issue that Samantha has proved everyone wrong that actresses can’t continue after getting married. In turn, the actress credits her husband and her family for being her biggest supporters. “I don’t discuss my work with Naga Chaitanya. I don’t tell him about my films or the stories I’m listening to, and vice-versa,” she added.

Interestingly, the actress credits Naga Chaitanya for teaching her an important lesson that it doesn’t make sense to be too tensed before a film’s release. “Before my film’s release, I couldn’t sleep and was always panicky. If the film failed, I went into depression. It was here that Chaitanya taught me something. He said he always gave 100 percent to a film and that he couldn’t control the audience’s reaction. Now I follow the same thought process and I am able handle things well,” Samantha revealed.