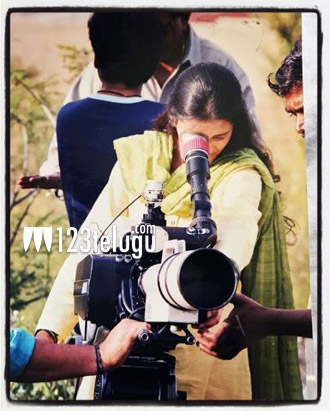 Released in 2003, Pawan Kalyan and Renu Desai’s Johnny not only marked Pawan’s debut as a director but it also introduced Renu as a production designer. But in a surprise revelation, Renu said that she had initially rejected to play the female lead in Johnny.

In her latest Insta story, Renu revealed that it was her ex-husband Pawan Kalyan who convince her to act just 2 weeks before the commencement of the shooting. She said that she used to work 17 hours per day for 7 months during the making of the movie.

Renu also posted a throwback picture of her looking through the camera viewfinder, while Pawan was discussing a shot with the film’s cinematographer Shyam.