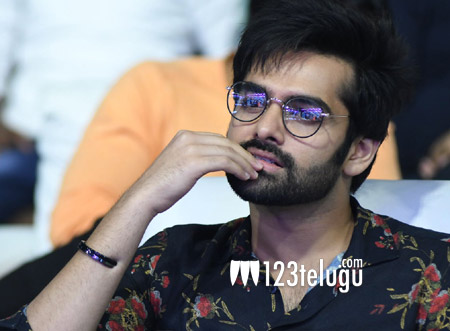 Despite scoring only 5 hits out of 14 movies in a career spanning 11 years, hero Ram is still one of the most sought after stars in the young generation of heroes. The actor’s upcoming film, Vunnadi Okate Zindagi, is all set to hit the screens on October 27 amid a positive buzz.

In a candid interview with a leading English daily as part of the film’s promotions, Ram sounded quite confident about the film’s success. In an honest confession, Ram said he has a terrible success rate and he thinks it is a learning process.

Ram said that he feels content with whatever he’s done with Vunnadi Okate Zindagi. He went on to say that he had told the film’s director Kishore Tirumala after the shoot that he has got what he wanted from this film and that success would just be a bonus.