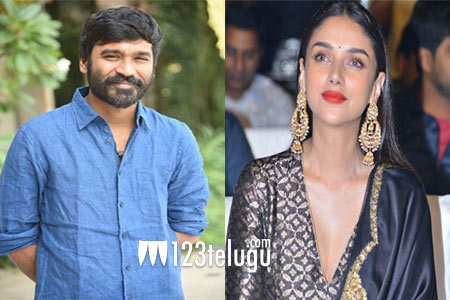 Aditi Rao Hydari, who is collaborating with Dhanush for the first time, is all praise for her co-star’s work ethic and filmmaking style. The actor is also directing the film, which also has Nagarjuna and Anu Emmanuel in lead roles, and Aditi says that Dhanush is so good that no one ever felt tired despite working long hours.

“I have huge respect for Dhanush. We worked double shifts for 12 days straight for his film, and he made us feel so comfortable that no one ever complained till the end. The best part about him is that he will take everyone’s opinion and make you feel an important part of the creative process. It means so much to me. Besides, he is supremely talented,” Aditi said in a recent interview.

The actress is eagerly awaiting the release of Antariksham, and she will next be seen in couple of Tamil films, including a film each with Dhanush and Mysskin.