I have received tremendous responses for Narappa- Venkatesh
Published on Jul 31, 2021 6:18 pm IST 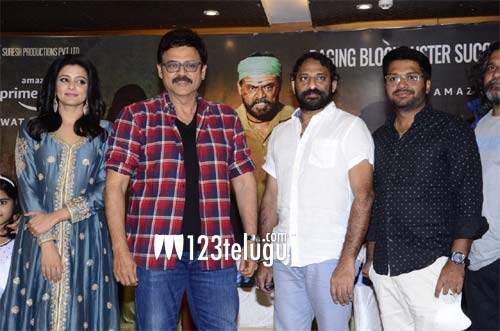 Fans were very disappointed when news came out that Narappa will be out on the OTT circuit. But once the film was released, the response was quite good and everyone loved Venkatesh’s new avatar.

The team of Narappa had a successful meet the other day and Venkatesh thanks everyone for giving a solid response to his role. Venky in his speech said that Narappa was the most challenging role he ever did in his career.

He also added that he will soon impress everyone with his energetic role in F3 that will hit the screens in Sankranthi 2022. Narappa was directed by Srikanth Addala and had Priyamani in a lead role.