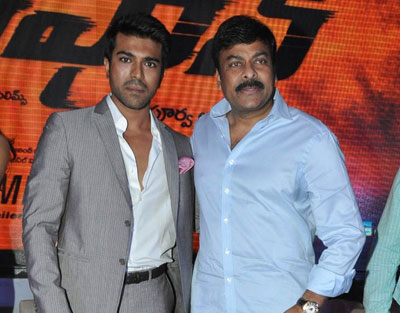 It is a known fact that RamCharan has said earlier that he would turn producer if at all his father agrees to act in 150th film. Now he seems to be pretty determined to get it done and in the process he has two scripts ready to be done exclusively with Megastar Chiranjeevi. But he was not sure when the movie is going to happen as his dad has not yet given the nod.

There was news doing rounds that he would act in a multistarrer soon in the direction of KrishnaVamsi. Charan has confirmed the same; however he said more details on the project will be announced only after a month and said he has been planning to work with Venkatesh from a very long time.

He further said that his intention behind going to Bollywood is only to increase his market but not to gain fame or money.