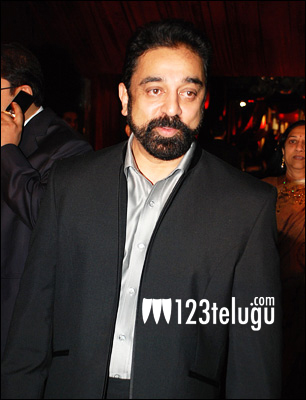 Tamil star actor Kamal Haasan has denied signing any Telugu film. This statement came after a press note was recently released by director Teja, stating that he would direct Kamal Haasan soon. The star actor had this to say.

“There is no truth in the recent statements stating that I have accepted to do a Telugu film. I am discussing a few things with Telugu directors but I have not signed anything. If I confirm a Telugu film, it will be produced on my Rajkamal International banner”, he said.

This is interesting because a few weeks ago, the official press note of director Teja said a completely different thing. We will have to wait and see what director Teja has to say to this now.