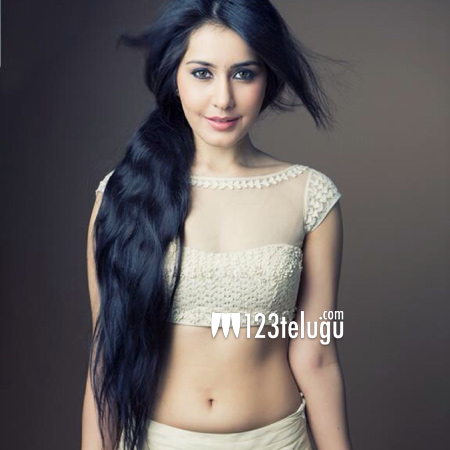 Raashi Khanna is nervous, excited; her debut movie Oohalu Gusagusa Lade is due for release. She has even lost weight and looks like a million bucks. “I am here to stay” says Prabhavati, Naga Shourya’s girl in the film. Next she will be seen as Sandeep Kishan’s heroine Annapurna in Kumar Nagendra’s movie.

Ask her if she has met any other actor in the industry or has watched their movies she says, “I watch movies with sub titles and at the moment I don’t know who’s who in Telugu films except Mahesh Babu and Nagarjuna but it is okay not knowing too many people. There are different kind of people, all creative. I want to work with them. Right now my focus is on them, I will know about industry folks sooner or later but as of now I am keeping my fingers crossed and waiting for my first Telugu film to release.”