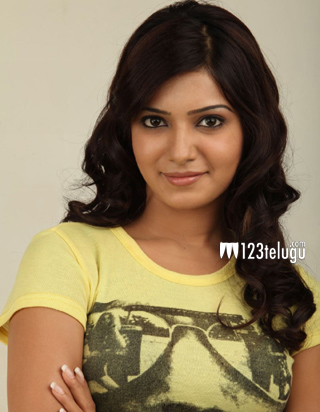 Samantha is in the golden phase of her career right now, with back to back blockbusters in Telugu. She was recently seen in the movie, ‘Ramayya Vasthavayya’. She spoke to media personnel today and shared some interesting snippets.

“Last year, I had to take a break due to health issues. But this year, I have been quite busy with back to back releases. Next year, I will be taking a small break from Telugu films. I will be doing a couple of Tamil films next year”, she said.

Samantha also said that she is looking at a couple of Malayalam projects this year. “Some very interesting films are being made in Malayalam. They are making films with a budget of 2 – 3 Crores and collection 15 Crores. I think this change will come in Telugu as well”, said the beautiful actress. When asked if she can appear in films with a budget of 2 -3 Crores, Samantha had an interesting answer. “Why not? I may forego my remuneration if I like the story and take a percentage of the profits”, she said.

So there you have it folks. If you have a great story but don’t have the budget, Samantha is open to such projects. The actress is currently busy with ‘Manam’ and a film with NTR. Samantha will also be seen in ‘Autonagar Surya’ very soon.