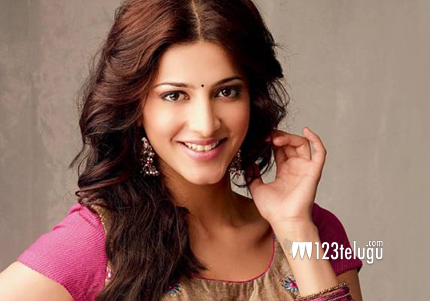 Sruthi Hassan is now on a roll with back to back successful films. Speaking to Eenadu she was reported saying “I never like the idea of having a single goal. I just learn and do whatever interests me. I don’t really bother on whether it is useful to me or not, For example I had gradually developed interest on Music and I immediately went to USA and learnt it. Also whenever I see something new I have a habit of learning about it thoroughly and I believe that one day that knowledge will be helpful”. She is currently busy shooting for Ramayya Vasthavayya and Race Gurram.

Sruthi Hassan has her bag full of offers this year and she is juggling between Bollywood and Tollywood.Also she is eagerly waiting for the release of her film Yevadu which has completed its shoot and waiting for a suitable time to release.