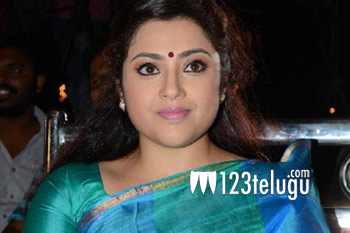 Match 20th is here and fans of Ilayathalapathy Vijay are totally thrilled as the audio album of their favorite star’s upcoming film, Theri, is being unveiled in Chennai this evening. Theri is a cop drama and it also stars Samantha, Amy Jackson and child actress Nainika in prominent roles.

Not many are aware that the little girl Nainika, who was seen sharing some jovial moments with Vijay in Theri’s teaser, is actress Meena’s daughter. Today, Meena graced the audio launch event and said on stage that she never wanted her 4-year-old daughter to enter into films so early, but the film’s director Atlee was so confident of roping her in.

Meena further said that Nainika was given a meaty role in the film and that was the reason why she let her daughter act in the film. Theri is slated for its release on April 14.