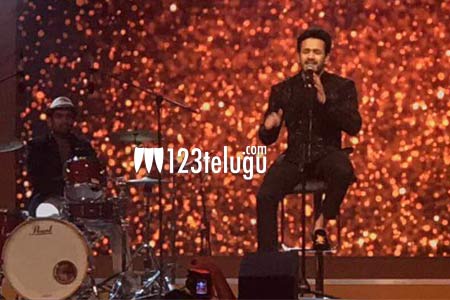 Handsome Akkineni lad Akhil was in Abu Dhabi last night to grace the SIIMA 2017 movie awards. Akhil enthralled his fans and the guests by singing a song from his upcoming film in Vikram Kumar’s direction.

Interacting with the media on the sidelines of the awards ceremony, Akhil said that he owes his fans a solid hit. The charming young hero said that fans have been always supportive since his debut, and that he wants to express his gratitude by giving them a hit.

Akhil also said that his ongoing film will be an action romantic drama and that it will be quite high on emotions.