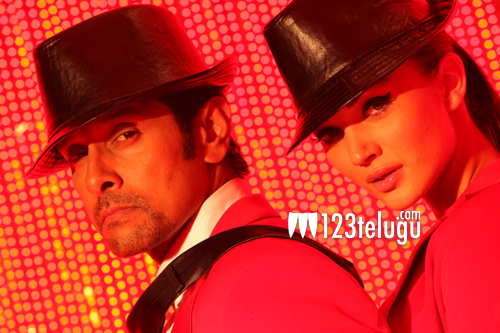 The Tamil audio of Shankar’s I was released recently, and the makers are planning to release the Telugu audio on October 2nd. The Tamil audio launch was attended by biggies like Arnold and Rajinikanth. Vikram and Amy Jackson specially performed for the audience at the event.

Trailer of the the Telugu version will be revealed during this launch. I’s trailer has amazed one and all, and the various get ups of Vikram and visual effects have been the special highlights of the trailer. A R rahman composes music for this film which is produced by Aascar Ravichandran.