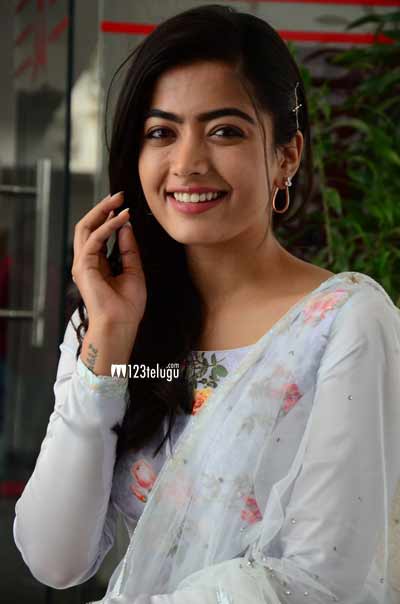 The recently released theatrical trailer for Sarileru Neekevvaru showcased young actress Rashmika Mandanna in a “never before” chirpy character. Her dialogue mannerisms like “Meeku ardhamavuthonda?” and “I’m impressed” have become a hit with fans already.

After the grand pre-release event last night, Rashmika today interacted with the media. Speaking about her character in Sarileru, Rashmika revealed that she tortures Mahesh a lot in the movie that Mahesh on several occasions asks his accomplices to take Rashmika away from him. Rashmika went on to say that she used to torture everyone on the set. “Torturing people is my skill,” she said.

“I’m playing a very over dramatic and very comical role in the movie. I’m experimenting with comedy in this movie. It’s just my fifth film,” Rashmika said.