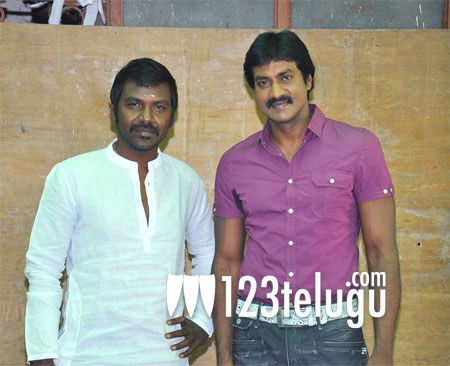 Mass director Lawrence is an accomplished dancer and he has directed many top heroes in his career. Recently, he has watched Sunil’s ‘Poola Rangadu’ and he was reportedly highly impressed with the terrific dances Sunil has come up with. “It takes a lot of spirit and hard work to come up with a six pack body like that and I appreciate Sunil’s dedication. His dances have come out extremely well and I have seen myself in his performance” ,said Lawrence. He also expressed a wish to direct Sunil in an action sequence in future, if not in a full length film.

Sunil also expressed his happiness at the response he has received from Lawrence. “The kind words expressed by Lawrence mean a lot to me and I thank him and my entire production team once again for Poola Rangadu”.