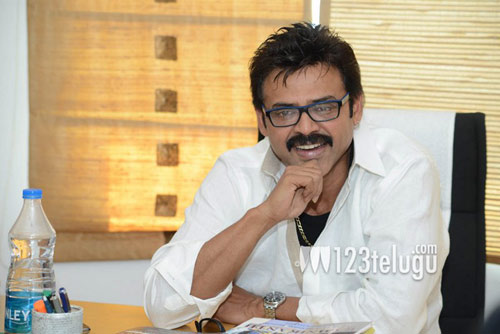 In his career spanning more than 25 years, Venkatesh has tried his hand at almost every genre and he has carved a niche for himself especially when it comes to family entertainers and comedy films. Earlier this year, he acted in Seethamma Vaakitlo Sirimalle Chettu, along with Mahesh Babu, and now he’s doing something similar in Bol Bachchan’s Telugu remake, which also stars Ram in a lead role. He has already confessed that he would love to work more with younger actors and in a recent interview to a leading national daily, he has revealed what he wants to do next. “I want to start my own production house sometime soon. I wanted to do this two years ago, but I didn’t have the time. My brother Suresh Babu wants me to be actively involved in production, but I can’t slam brakes on my acting career all of a sudden. I’ll ensure that my production house encourages new talent,” Venkatesh confessed in that interview. Buzz is that he’ll soon team up with G Ashok for a silent film and another film with a hotshot young director is also on the cards.