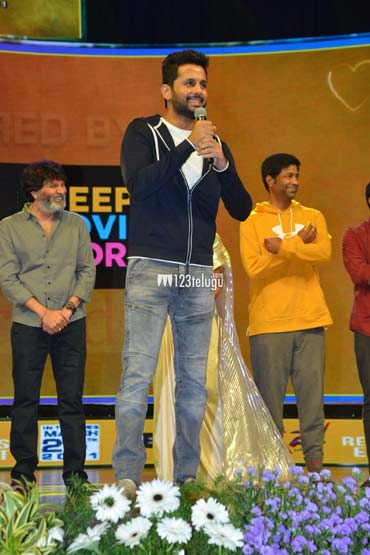 Hero Nithiin revealed that he had his doubts about playing a 24-year-old when he first listened to Rang De’s story. “My actual age is 36. So I asked my director Venky how I could play a college student. Venky assured me that I will look perfect in the role. And when I was told that PC Sreeram sir will be the cinematographer, I was relieved. Thanks to PC sir, I look younger than Keerthy on the screen,” Nithiin said.

Nithiin also joked about his previous film Check’s failure. “When I had 3 flops, Vennela Kishore garu gave me a hit with Bheeshma. My previous film Check went to Assam. So Vennela Kishore is again back in Rang De to bring me back from Assam and give me another blockbuster,” Nithiin said. The actor also shook a leg with the film’s music composer Devi Sri Prasad, with whom he is collaborating with for the first time.

Produced by Naga Vamsi, Rang De is slated to open in cinemas on March 26.