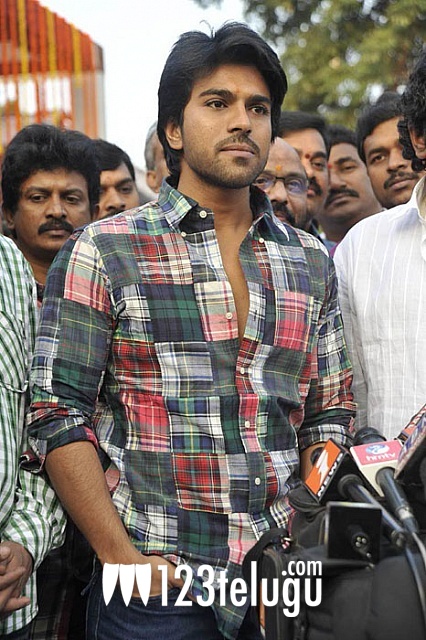 Speaking at the audio launch of Snehithudu, the Telugu dubbed version of the Tamil film Nanbaan (remake of Hindi blockbuster ‘3 Idiots’) , Ram Charan Tej surprised everyone by saying that he was approached first for the lead role in the remake of 3 Idiots. ” I was shown the movie even before release by the Hindi producers. I was extremely impressed with the film. But I was afraid to do it in Telugu as it is not an easy job to step into the shoes of a legend like Aamir Khan.”

The young hunk went on to say that if he knew Shankar was going to handle the direction of the remake, he would have accepted without a second thought. He also shared an interesting snippet about Shankar’s film ‘Gentleman’.

“The movie has the song ‘Chikubaku Chikubaku Raile’. When my dad Chiranjeevi did not really know about my ability to dance, I used that song to showcase my moves to him. He was deeply impressed and became totally convinced that I was a good dancer” , said Charan.