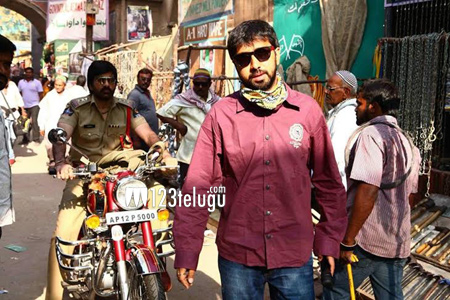 Director Ravindranath is wrapping up his debut film Power and as he does, he guarantees 100 percent entertainment and says it will bring Ravi Teja right back on track. A movie buff from Guntur he would bunk school, college to watch films and came to Hyderabad to take up a career in films.

“I went around writer Chinni Krishna’s home like Kamal Hassan, giving attendance, did in Swati Muthyam. He had given a huge hit Indra at that time and I had a very heavy Chiranjeevi hang over. Twenty days after going around his home, Chinni Krishna called me, and gave me a scene to develop it. That was for Gangotri. He asked me for one and I gave him three options, he liked them and travelled with him for Badrinath, Nandeeswarudu and then later moved onto other writers like Aadinarayana, Kona Venkat. I must say I learnt a lot of things like people management which is more important in a field like movies, perhaps more than directing.” Ravindranath is known to people here as Bobby.