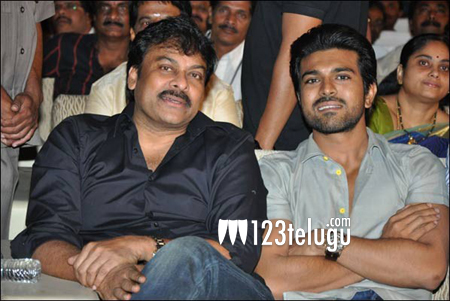 Megastar Chiranjeevi’s 150th film is in news for quite some time now. Tollywood and Mega fans are eagerly waiting for this most prestigious project. There are many speculations doing that rounds as to who will direct this film and what will be the story all about. Recently, talking in an interview Mega Powerstar Ram Charan revealed interesting news about this film.

Ram Charan stated that, “I will act in Dad’s 150th film. Even if there is no character for me, I will ask the director to put me in some or the other role. This film will be produced by my mother under our home production. If everything goes well, the details of this film will be revealed on dad’s birthday”.

He also clarified that, “There are many rumors coming out that we will offer 1 crore for those come with good story for this film. If it is a good story so that it can go on to sets directly without any correction, it’s not a big deal to give 1 crore”.