I will not tolerate anyone trying to harm my children – Bellamkonda Suresh
Published on Mar 12, 2022 5:00 pm IST 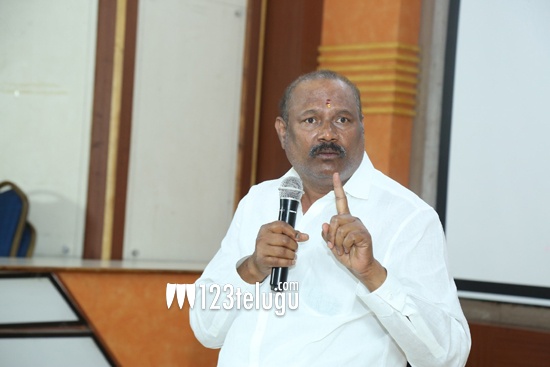 Today, producer Bellamkonda Suresh has called for a press meet to clarify the issue. He said, “Saran hails from my village and he used to ask for movie tickets. This is a deliberate attempt to defame my family’s reputation. He has also targeted my sons, Sreenivas and Ganesh who are earning fame with their films.”

“I have not taken a single penny from anyone. If there are proofs, he should produce them before police and media. I am ready for any punishment. He claims this incident happened in 2018. If that is the case, why did he not make a single phone call to me? He should produce call history as proof,” Bellamkonda said.

“I will not tolerate anyone trying to harm my children. I would make life hell for them in legal ways itself. I will file a defamation suit against him. They are just trying to pull my sons down. A politician is behind him trying to trouble us. Very soon I will reveal all the proofs and also the scams they committed. I did not get any notice from the police till now. I will cooperate if needed,” the senior producer announced.