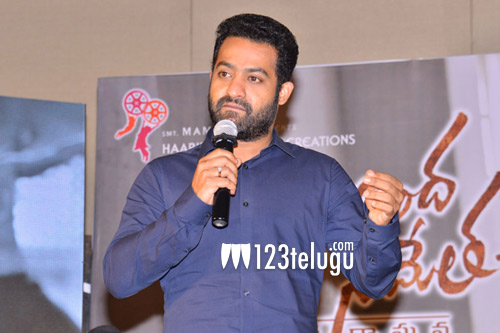 An emotional NTR was all praises for his director Trivikram and Aravindha Sametha during his speech at the film’s success function this afternoon. NTR said that he had been longing to work with Trivikram from several years and that it has finally materialized with ASVR.

NTR also thanked the entire unit for their creative and emotional contribution for the film and of course his fans for making the film a huge success.