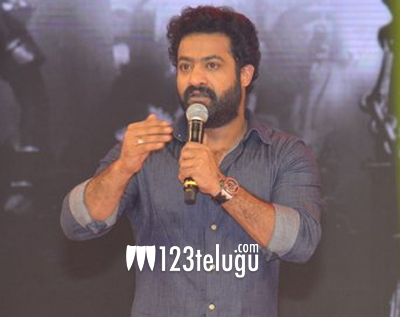 Young Tiger NTR was one of the special guests at the audio launch event of NTR Kathanayakudu, the much-awaited biopic on the legendary actor-politician NT Rama Rao. Speaking at the event, Tarak was all praise for his grandfather.

At one point during his speech, NTR said that he will proudly show NTR biopic to his sons when they ask him about the greatest Telugu person ever. “Maa thatha gurinchi mi thatha chesina chitram (This biopic was made on my grandfather by your grandfather),” NTR quoted.

Tarak went on to say that his grandfather NT Rama Rao was one of the pioneers who had instilled self respect among all the Telugu people. He concluded wishing the entire unit a grand success. NTR Kathanayakudu is slated for release on January 9.