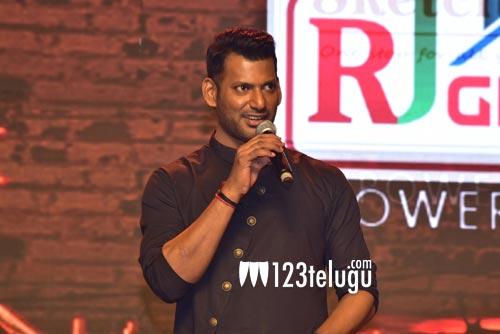 Laththi is a film that has created a lot of noise in the last few days. Vishal plays the main lead in this film and he is busy promoting the film all over.

Vishal also went on to add that he will surely vote for YS Jagan if he gets a chance. Vishal is born and brought up in Tamil Nadu but has Telugu roots.