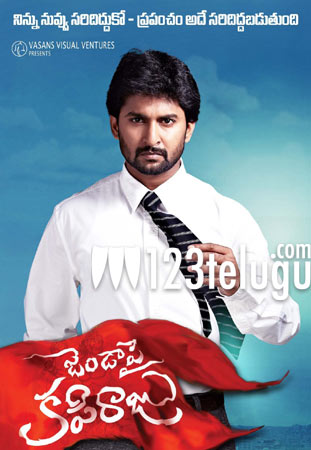 Nani’s Jenda Pai Kapiraju is gearing up for release after a long delay. Nani is playing a dual role in this film for the very first time. Amala Paul is the female lead while Shambo Shiva Shambo fame Samuthirakani is the director

A press meet was organised yesterday and speaking at at the occasion Nani said “”We work hard for every film. However I had to work extra hard for this film as I play a dual role. I saw the final output three days back and I am proud to have acted in such a film. This film has a social cause and the director has designed my character very well. We shot an action scene for 24 days and this scene would last only for 3 minutes and would be the highlight of this film.

Nani is lying a bit low as his past few films have not clicked at the box office. Lets hope that this film gives him the much deserved break.