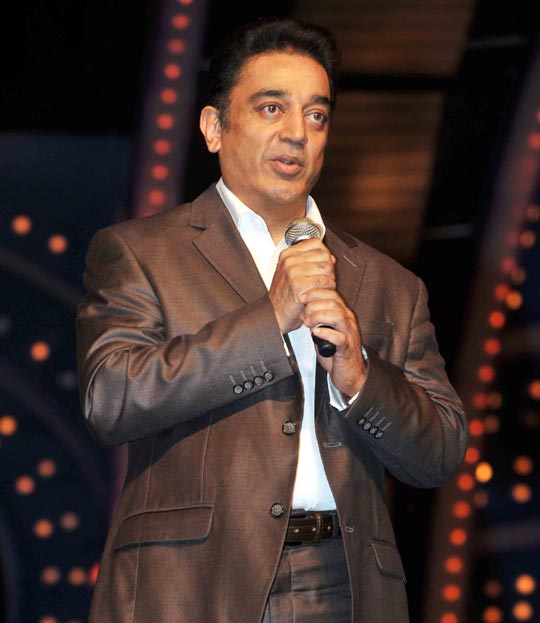 Ever since Shruti Haasan made her onscreen debut in Luck, she has been asked whether she would like to work with her father Kamal Haasan, who also happens to be a producer and director. Shruti had left the ball in her father’s court, although she never denied her interest to team up with her father. When Kamal Haasan was posed the same question in a recent interview, he said, “I know that she has one hit to her credit and if she scored another hit in Hindi, she’ll be well recognised all over the country. I would love to work with her then. As a producer, I would like to pay her more and have two stars under one banner.”

When Shruti Haasan was young, she made a cameo in Kamal Haasan’s Hey Ram and later scored the music for Kamal Haasan starrer Eenadu. It’s been almost three years since Shruti Haasan has made her onscreen debut as a lead actress and it remains to be seen when this father-daughter duo will team up for a film. Meanwhile, Kamal Haasan is busy promoting his upcoming film Vishwaroopam in several cities across India. The film will be premiered on Airtel DTH on January 10 and the Telugu version is likely to release in theatres in the second half of January.