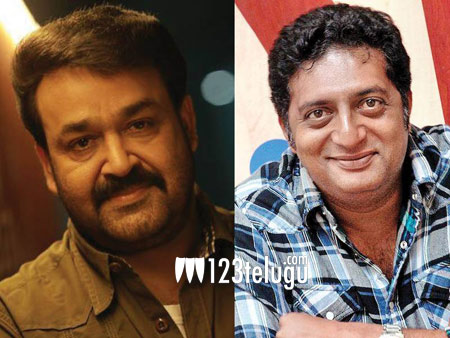 Malayalam actor Mohanlal and Prakash Raj had first teamed up for Mani Ratnam’s Iddharu (Iruvar in Tamil). The cult film which released in 1997 went on to become one of the most talked about films in the careers of both the actors, and Prakash Raj even won a National Award for his performance.

Now, 20 years later, the two actors are coming together once again for a Malayalam film titled ‘Odiyan’. Directed by V A Shrikumar, the film stars Mohanlal, Manju Warrier and Prakash Raj in lead roles.

The film is currently being shot in Palakkad, Kerala, and Prakash Raj is thrilled about teaming up with his old friend once again after two decades. The big budget film is said to be a fantasy thriller based on a popular folk tale in Kerala.