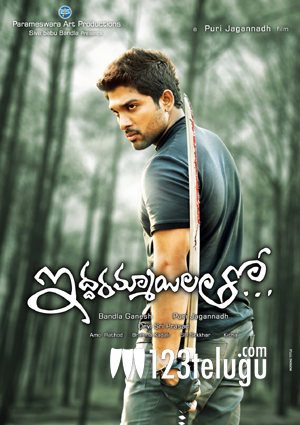 The first look of Allu Arjun’s upcoming film Iddarammayilatho has been released today on the eve of Maha Shivaratri. Puri Jagannadh is directing the film and Bandla Ganesh is producing it. Amala Paul is playing the lead role whereas Catherine Tresa has been roped in to play the second lead in this stylish action and romantic entertainer.

The film is being shot all over Europe and for the past few weeks several key scenes were shot on the lead cast. Brahmanandam is playing an important role in this film which has music by Devi Sri Prasad. Iddarammayilatho is expected to release on May 10.