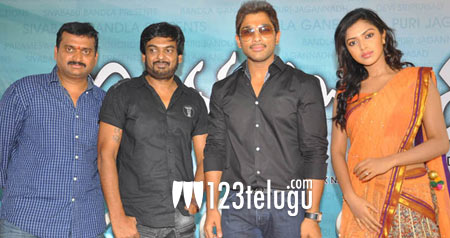 The principal shooting of Allu Arjun’s next film Iddarammayilatho has officially begun in Bangkok. The film has Allu Arjun, Amala Paul and Catherine Tresa in lead roles and it’s being touted as a stylish romantic entertainer. Puri Jagannadh is directing the film and Bandla Ganesh is producing the film under Parameshwara Arts banner.

The film’s lead cast flew to Bangkok earlier today and the film will be extensively shot in Bangkok and later in New Zealand. We had already reported that Allu Arjun is going to be shown in a super stylish avatar in the film and both Puri Jagannadh and Allu Arjun are taking extreme care of the latter’s look and costumes in the film. Devi Sri Prasad is composing the music and Amol Rathod is the cinematographer. The film is likely to hit the screens in mid 2013.