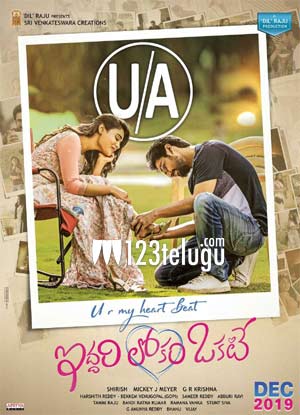 It is a known fact that Raj Tarun is doing a film called Iddari Lokam Okkate in the production of Dil Raju which has completed its shoot.

The latest we hear is that the film has completed its censors with a U/A certificate and is up for a December release all over. Mickey J Meyer is scoring the music for this film.

Directed by G R Krishna, the film has Shalini Pandey as the female lead. This is also the first time that Raj Tarun and Shalini Pandey will be seen together in a film.