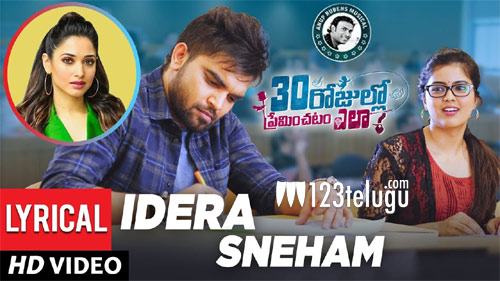 Idera Sneham is a tribute to the soulful friendship which blossoms into romance between a young couple. Bollywood playback singer Arman Malik has crooned acclaimed lyricist Chandrabose’s poignant lyrics in an endearing manner. Popular music composer Anup Rubens has come up with an instantly likeable number.