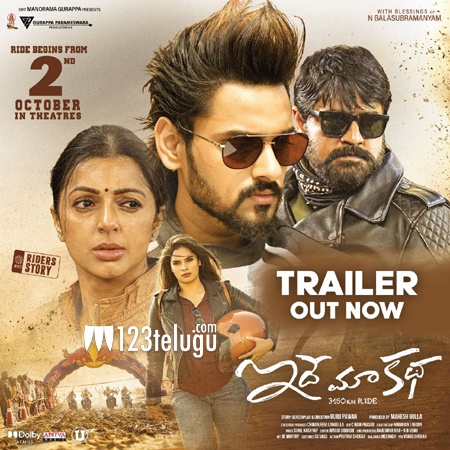 The trailer for Srikanth, Bhumika Chawla, Sumanth Ashwin and Tanya Hope’s soon-to-release film, Idhe Maa Katha, is getting a decent response with its intriguing plotline and backdrop. The trailer gives a few glimpses of the back stories of the four protagonists and their 3,450 kms long bike journey to Ladakh.

Idhe Maa Katha’s trailer is intense and unravels four different adventurous journeys of the protagonists. While Srikanth goes on a bike trip to Ladakh to meet his first girlfriend after 25 years of separation, Bhumika goes on her bike journey to Ladakh to attend the Royal Enfield’s Annual Event to fulfil her father’s last wish. On the other hand, Sumanth loves adventures and he goes on a bike trip to Ladakh with a mission. Finally, Tanya Hope decides to take a break after a failed relationship and heads to Ladakh on her bike.